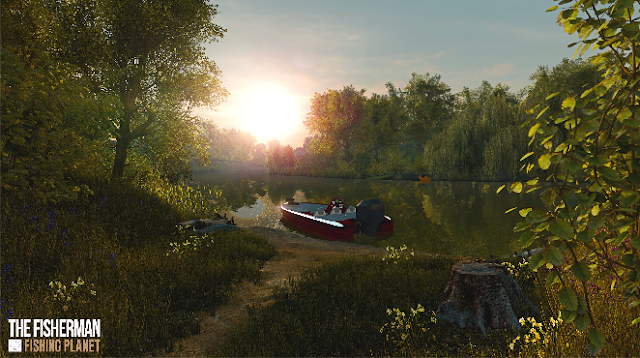 The Fisherman: Fishing Planet angles for October release: Fishing Planet LLC is preparing a new standalone edition of their free-to-play fishing simulator for consoles and PC.

One of the most popular fishing games available is getting a new standalone release that aims to combine all previously released content into a single package. The Fisherman: Fishing Planet promises to include all the content released for the free-to-play Fishing Planet, as well as a new location, tackle, and more. The new version of the game will be heading to PS4, Xbox One, and PC on October 17. READ MORE SHACK NEWS

Florida East Coast Surf Fishing
Posted by Muddog357 at 5:00 AM