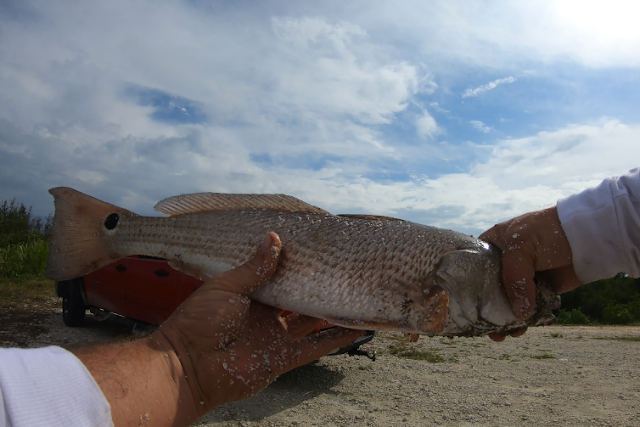 "Good Morning, Offshore over the weekend a few boats go out with the wind the dolphin bite was good with both live and dead bait in 120 to 150ft with a few nice blackfins mixed in. The snapper bite should pick up as soon as the wind calms down a little there has been some nice mangroves around. The Spanish mackerel have been around in the Vero cove with a few cobia mixed in. Inshore the snook bite has been good with live bait in the inlet and on the flats with a few big reds mixed in. The snapper bite around the bridges has been good with a few nice flounder mixed in."

"With the recent warm weather fishing in the IRL has continued to be good, with numbers and size available for those targeting Snook, with live Pilchards doing most of the business on the larger fish. Redfish are also around in good numbers, taking soft plastics as usual, as well as bait." 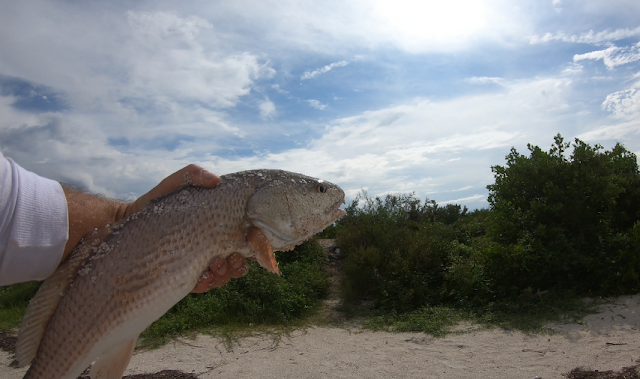 "Anglers getting out on the water off of the Jensen Beach area have reported catching a few cobia while working the boils off of the powerplant. The blackfin tuna bite has been good off of Jensen as well the past few days. Trolling squid chains has been working."

"Anglers are not social distancing with fish. There are strong catches in every area. SURF, PIERS: The pompano catch spiked in recent days, according to a post by Roy Mattson (royssurffishing.com). “Lots of pompano on the beaches Volusia and Brevard,” he reported. Other surf staples included whiting and bluefish." 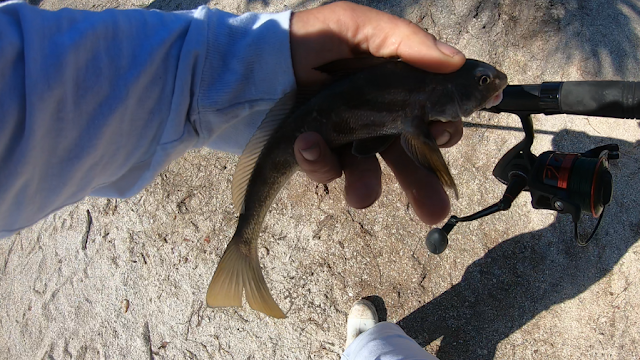 "In this week's Jacksonville fishing report, Sheepshead are biting and the Cobia remain south of St. Augustine."

"St Johns and area lakes: Fishing on the river was surprisingly robust this week. Some of the bait shops report they’re the busiest they’ve ever been: Something about the kids driving customers crazy at home. And from most report it looks like the panfish bite is enough to roust anglers out, if even for a couple of hours between the rains.
The bluegill and shellcracker bite remains excellent all over the area. There’s bedding activity spread out across the area, but even without that concentration, the catches have been surprisingly good.
Crickets are the top selling bait, with wigglers right behind. Those who can mark bream beds with bottom sonar — especially side-imaging units — are on the money. Others are drifting with the winds through likely areas and anchoring when they get some bites."


Boat ramps in Port St. Lucie to re-open April 17 after being closed for three weeks

"Boaters in Port St. Lucie received good news Thursday afternoon. City of Port St. Lucie-managed boat ramps will be re-opening beginning at 8 a.m. April 17.
The city announced it would close all four of its boat ramps on March 24. A city spokesperson said leaders made the decision after receiving complaints from the prior weekend of boaters not observing social distancing guidelines. Since the closure, Gov. Ron DeSantis issued an executive order mandating boats remain 50 feet apart and have fewer than 10 passengers on board." 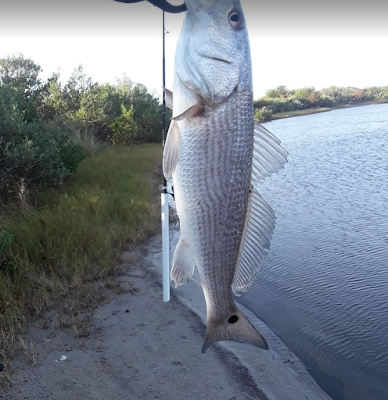 "April on the Space Coast typically means it's time for locals to get their beaches, roads and restaurants back. It means warmer temperatures, light rains and proms for our teens. But this isn't a typical April. Far from it. Fortunately, for all the ways the virus has changed our daily lives, it has not changed fishing patterns. This week was certainly an indication that fishing can provide some normalcy for our strange days. Surf: Melbourne Beach has produced good catches of pompano and whiting for anglers fishing during the incoming tide. Use Fishbites or clam strips for the best action. Anglers fishing with diamond jigs or chrome spoons can catch bluefish and Spanish mackerel which are migrating north the next few weeks."

"INSHORE-  Snook fishing remains pretty good right now.  As is the case with most things fishing in our area, access remains the biggest challenge.  The snook are biting at night around the bridges.  Flair Hawk jigs, SpoolTek Swimbaits, and shrimp jigs are all catching the snook pretty good right now.  Also hearing some pretty good tarpon reports around the bridges as well.
SURF/PIER-  Limited access continues to keep the surf reports to a minimum.  A few scattered reports of pompano, bluefish, and jacks coming in.  Without secluded beach access or a boat it's pretty much a no go these days....On the positive side, when things open up it should be really good!"


April 17 🐟 fishing report 🎣 from Byron Stout Breezes in the little-too-brisk category have kept lots of folk tied to the dock over the past week.

""Anybody who can cast can catch a redfish right now. The (blankety) things are getting in the way of catching snook," reports St. James City Capt. George Grosselfinger, who somehow managed five snook between all the 30-inch reds he released Wednesday in northern Pine Island Sound. He also caught five snook among six reds Saturday, north of Regla Island."