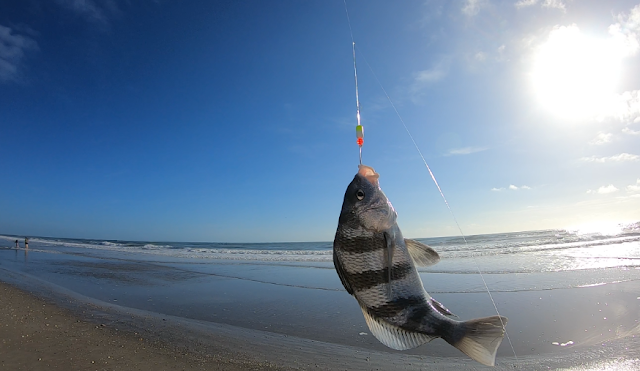 🎣 White's Tackle Fishing Report 7-13-2020 🐟 Stuart Florida "Offshore over the weekend the snapper bite was good for those who got out and caught a few fish . The mangrove bite has been steady with a few big fish around at night live bait has produced the best. The sail bite is still steady to the north around St. Lucie inlet with live bait with a few cobia around. The kingfish bite has been ok with a bunch of 10 to 12lb fish around. Inshore the snook bite has been ok in the inlet and around the bridges with live bait remember its catch and release till September 1st. The beach fishing has been good with the glass minnows around find the bait and you will find the snook and tarpon with a few big tarpon around. The snapper bite has been steady in the river to with live shrimp and white baits."

🎣 Week of July 13 Sebastian Inlet District 🐟 Spanish Mackerel, Mangrove Snapper, and Red Drum around "Anglers tell us there have been a lot of Spanish Mackerel out there, mainly around the jetties.  Use your little spoons, jigs and Gotcha lures to target them. We hear there has also been some good action with Mangrove Snapper.  You’ll find these guys throughout the inlet system and backwaters so try fishing the different areas in Sebastian Inlet State Park.  Best bait to use to use, live shrimp. Tommy tells us there’s also been Red Drum, Jacks and some Pompano around.  He’s even seen a few big Permit come over the rails of the North Jetty, hitting on large, live shrimp that can be more difficult to find this time of year. Red Drum are hitting on live shrimp too, same for the Permit or crab if you can find it.  Jacks prefer live bait and Pompano love sand fleas.  Seems like incoming tide in the afternoon has been ideal, but the fishing has been good on the outgoing tide in the morning as well.  Go see Tommy at Sebastian Inlet Bait & Tackle and he’ll get you all set up.  Plus he’ll give you the latest on the action at the different fishing spots at the inlet."

🎣 White's Tackle Fishing Report 7-15-2020 🐟 Stuart Florida "Summertime’s weather pattern is in full effect, with calm conditions in the morning, giving way to thunderstorms in the afternoon. The surf fishing has been good for Snook, with plenty of activity even in the middle of the day. Small Hogy Paddle Tails, DOA CALs, plugs, jigs, and flies have all been effective. Most of the bait on the beaches has been Pilchards and Threadfin Herring ( greenies ). Sharks have also been pretty active, Tarpon activity has been sporadic. The Indian River has also been an early morning activity, with midday water temps making things a bit slow. Some nicer Redfish and some Seatrout activity has rewarded those on the water early. Offshore, Mangrove Snapper fishing has been good, and the Kingfish bite has been steady north of Fort Pierce Inlet. Sailfish have been caught in the Stuart area regularly as of late. Snook fishing at the inlets has been so so of late, but the stronger tides coming with the new moon may spur some activity. Good luck out there!" 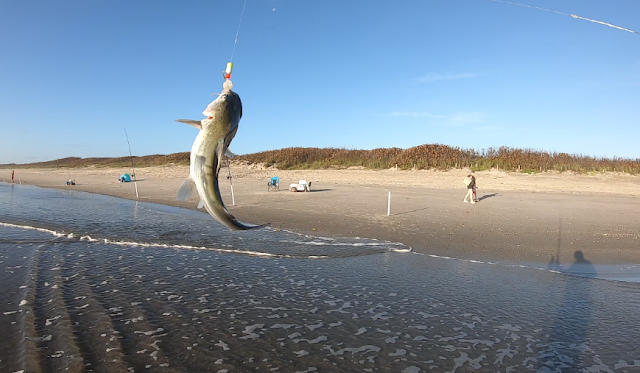 🎣 Daytona Beach News Journal Fishing Report: Right now, it’s all about red snapper 🐟 "SURF, PIERS: Lytwyn said surf fishing has become spotty. “Mostly whiting and occasional small shark,” he said. “Piers are holding a couple of black drum and redfish along with a few flounder back underneath the pilings.” Capt. Mike Vickers Jr. (hammockbaitandtackle.com) reporting from Palm Coast said the pier was the focus of fishing in Flagler. “The Flagler Beach Pier is producing drum, redfish, whiting, trout and a few kings,” he said, adding those getting their feet wet fishing off the sand were nabbing whiting, occasional pompano, small sharks, trout, flounder and black drum."

🎣 South Florida Weekly Fishing Report 🐟 Palm Beach Post July 16, 2020 "There have also been snook along the beaches and up into the Loxahatchee River. In the river, working the docks and seawalls with a top water plug is working, while along the beaches live bait or lures resembling bait are proving effective. Along the beaches on Jupiter Island and north there have been a few tarpon. At the Boynton Inlet, there have been tons of snook and some huge tarpon just off the north jetty in the clear water during the incoming tide. Tarpon have also been rolling in the channel inside the inlet in the Intracoastal Waterway. Surf anglers are catching barracuda, snook, tarpon and palometa in the early mornings between the Boynton Inlet and the Lake Worth Pier. Cut shrimp on pompano rigs is working for the palometa, one- to three-ounce Gator or Krocodile spoons for the snook and tarpon and red or green Tube lures are working for barracuda. Anglers around the Lantana Bridge have been catching a few sand perch, small mangrove snapper and catfish on shrimp." 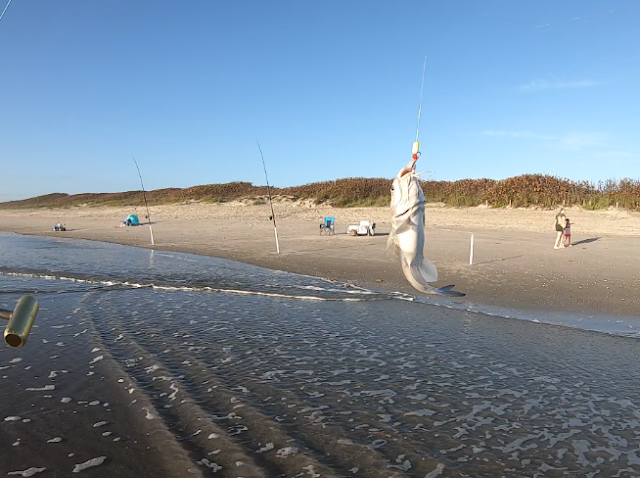 🎣 Florida mask mandate 🐟 All lobster divers will wear them during mini-season, July 29-30  "At least tens of thousands of Floridians and visitors will wear a scuba or snorkel mask July 29-30. That's because it's spiny lobster sport season in Florida waters. Dollars to donuts, whoever wants to harvest a lobster will probably wear an underwater mask. And there won't be any griping. It will be one of the few times since March that tens of thousands of Floridians and visitors will be in agreement. Another bonus will be fewer protests and sign waving on street corners. Many will flock to boat ramps to get offshore to find their limit of bugs."

🎣 St Augustine FISHING REPORT 🐟 Signs look good for shrimp season Atlantic Florida East Coast Fishing: "The kingfish and sharks are on the local wrecks and reefs, but pogies are so scarce it’s tough to get them up to bite. One captain told me yesterday he tossed the net in Salt Run for more than two hours and finally headed out to fish with eight live mullet. Another reported running all the way up to the Jacksonville Pier and not seeing a pogy pod. Just got an update from a Jax charter captain who said pogy pods were thick in 20 feet of water off the old Sea Turtle, if you’re heading north. At any rate, if you really need to fish offshore this weekend it would be a good one to miss, with the Jacksonville Kingfish Tournament underway. I can’t imagine what it’s like out there today with that and the snapper opening together. Surf fishing is summertime slow. It’s uber-weird, but there are still reports of legal pompano being caught in the surf here and there. The pomps like water temperatures in the high 60 or low 70s and the surf temperature was 85 yesterday. A few whiting are being caught along with ladyfish, catfish and baby sharks. The shrimp boats are providing most of the action for both sharks and tarpon. Their bycatch becomes a floating cafeteria of dead fish and other critters and is a siren’s song for both species. The action is pretty fast, and blackfin tuna are nothing to sneeze at when bled well and thrown on a hot grill."

🎣 Juno Bait Weekend Fishing Outlook 🐟 (7/17-7/19/2020)  "Surf, Pier: Catch and release snook fishing remains Overall its tough fishing inshore right now.  very good along the beach, at the Juno Beach Pier, and in both Palm Beach and Jupiter Inlet right now.  Lots of different (from heavy tackle live bait battles, light tackle sight fishing, and plenty of ways in between) ways to catch them right now, so feel free to come by the shop and get the rundown on some of your different options.  Look for the snook to be most active early in the morning, late afternoon, or at night.  If you have to fish during the day, try and time it with the last of the incoming or first of the outgoing tide.  The surf has been producing a few big jacks early in the morning, but not huge numbers of them.  Still a fair number of tarpon around, but not as many as they are seeing up north.  Fair number of croaker and sandperch hanging around in the first trough.  Scattering of Spanish Mackerel around over the past week." 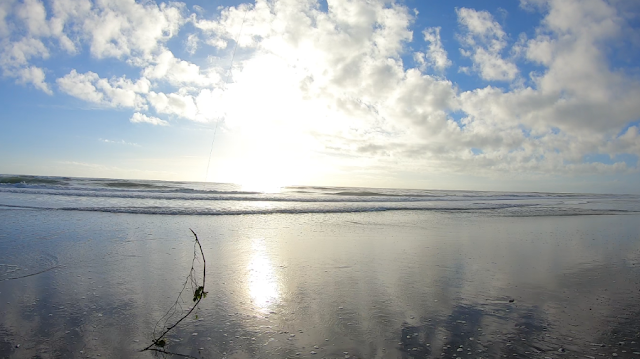 🎣 Jacksonville Fishing Report 🐟 Kingfish tournament, red snapper season, and a decent inshore bite. "This week’s Jacksonville Fishing Report features results from the Greater Jacksonville Kingfish Tournament undercard events, a recap of red snapper season, and encouraging news about inshore fishing. Thanks to the Greater Jacksonville Kingfish Tournament and our brief red snapper season, offshore fishing has been getting a lot of attention lately. But despite those oceanic distractions and the hellish heat, there’s been a great inshore bite this week. Black drum, flounder and trout have been providing the best action, although the redfish aren’t far behind. The key during the summer is to get out early and look for fish in deeper water once the sun comes up. Last weekend might have been the busiest of the year, and the next few days should rival the turnout. Thursday is the first day of the Great Jacksonville Kingfish General Tournament, and Friday will be both final day of that contest and this year’s four-day red snapper season. The weekend forecast calls for a steady, yet reasonable easterly wind to blow until we return to work Monday. The ocean should stay tame enough, although the wave period will grow shorter - choppier, in other words - as the weekend progresses."

🎣 July 17 fishing report from Byron Stout 🐟 Here a snook, there a snook, everywhere a snook nook: Catch 'em now from back country creeks to bay flats, to nearshore reefs and wrecks.  "LAKE OKEECHOBEE: Roland Martin Marina Capt. Jose Betancourt may have enjoyed watching Logan Grandio laugh and scream through a morning filled with bass and bluegills as the Tennessee youngster had catching them. They started throwing frog baits and watermelon/red Flukes on the East Wall for bass, and ended up casting Beetlespins for bream along Observation Shoal. Bradley Lytle of Roland Martin's Marine Center in Clewiston also reports good bass fishing along the Shoal, on the north shore in the Tin House Cove area, and in Pelican Bay near Belle Glade. For bluegills dunk crickets or throw tiny spinnerbaits on ultralight spin around Rim Canal lily pads or along reed lines on the Shoal."