Everything Has a Beginning Florida East Coast Surf Fishing

To everything there is a beginning. Origin stories are timeless, classic, full of trial, courage, and outcome. Each individual has one. A start to life, a path, a journey. Our story began in April of 1989.

The travels of being are what one makes of them. How humans choose to be seen, interact with others, or which selection of tasks one has tried or accomplished. All people test the waters of life and hope the stone they cast isn't too big for the pond. We have set up residence many places throughout the United States, went where adventures led us, held numerous employment positions, raised a family, and have been blessed to meet an incredible number of people, engage with them, and discover the multitude of beginnings each had experienced. We have found a confident rebirth of fortitude, responsibility, and drive as of late. It is worth noting as there have always been the elements of corruption, underhandedness, and greed in this world. "Let your light shine before men that they may see your good deeds, and Praise Your Father in Heaven" Matthew 5:16. 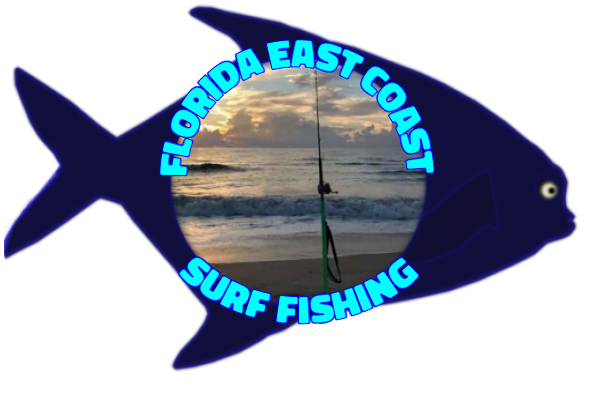 The idea of Florida East Coast Surf Fishing began in the Spring of 2019. We fish. We also stop to interact with other anglers as opportunity arises. A pattern of sorts emerged between April and June. Fishermen began stating how it would be nice to fish with others but didn't know where to find anglers in the area. We started searching the Internet for key words we thought relevant and came up dismayed. The key words we used were of course, Florida East Coast Surf Fishing.

We created the Facebook group as a hub, Twitter because doesn't everyone have a Twitter, and random other social media sites to compliment. We then bought a Go Pro and started YouTube to show surf fishing for regular people as mainly we saw professionals or celebrities fishing, catching only monsters. That can breed insecurity and hesitation in those wishing to surf fish for the first time or who wish to reenter the saltwater scene and since we have been fishing together 30 years we thought we might be able to help that. See a need, fill a need. Stayin Salty and Casting a Wide Net! We decided to always show whatever we caught and encourage others to get out of the house with their families and go fishing. Connecting Anglers One Fish At a Time =)

Many anglers started asking us about our rigs. We have always made them ourselves and never had given them much thought. Around the same time we had gotten quite busy and found our tackle box very low on fishing supplies. We began traveling to Bait Shops and searching the Internet for saltwater fishing rigs, Pompano rigs to have a few extra for back-up. What we found was dismal at best and certainly not quality. If we found a rig close to acceptable, it would have faulty hooks, incorrect line, or improper floats and beads or none at all. We decided to make our own to then sell for others, just exactly the ones we use ourselves. As we researched, we noticed many who didn't use what they sold and were confused by it. This was the motivation used to take a chunk of savings and invest in components on the large scale. We named the shorter rigs we use in Mosquito Lagoon and the Indian River, River Drops and the longer ones for surf fishing, Long Drops. The Double Drop Pompano Rigs are exactly the ones we have been using for years.

Since we ordered the components and began making the Pompano Rigs, we have found two other individuals who also make this product on Florida's East Coast. These are good quality rigs as well but different than the ones we make. We believe there is room in the market for selection. You can't have a stone too big for the ocean.

There is a good sized learning curve with shipping, mass construction, and small business. We are pushing through it all and will see where it comes out, but plan to list our surf fishing rigs for sale within the next two weeks. Yet another adventure. 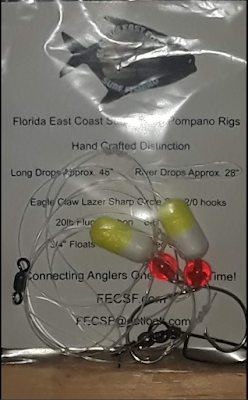 We wanted to leave some tidbits, observances, and ideas we have discovered along these 50 plus years, there is still so much to explore, navigate, and grasp.

Some of what have we learned along the way. First and foremost to never be afraid. Fear tactics are now, will be, and have been utilized across the globe in family settings, fear of loss marketing strategy, or in employment arenas. Know and accept yourself, not only for what you currently are but what you also strive to be. Letting insecurity die is wise and allows for prosperity to replace it.

The age of the Internet has introduced a whole new anonymous factor for individuals to explore. Mob mania, jealousy, and often extreme negativity abound but look closer for the positive, attempt to add to it as you surf the net, maybe we will eventually drown it all out. No one is ever sure about the next step, but standing still never gets you anywhere =)


A quick story we heard once that has helped along the way to better understand life's work, "A man received a job from God to use his wheelbarrow to haul a stone up the hill for a foundation. As he began rolling his load, a friend stopped him and asked could he also take his stone up as it was clear that was his destination. Of course said the man and they loaded his wheelbarrow. Two more neighbors requested the same and the man agreed. Halfway up the hill the man began to complain to God about the heavy load. God simply replied "I would never give you more than you can carry".