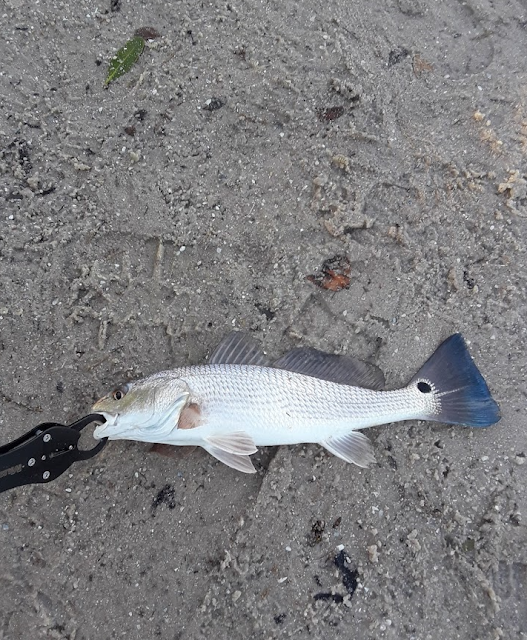 🎣 Sebastian Inlet District Week of August 10: Mangrove Snapper are running again 🐟 "Mangrove Snapper are running again and anglers are getting hits all over the inlet.  Try fishing from the jetties, catwalks, shorelines, cove and Tdock.  We hear they were biting really good early this morning on low tide. There are also some Spanish Mackerel, Jacks and Blue Runners around.  Your best bet is on the North and South jetties.  Use your little spoons, jigs and Gotcha lures to target Spanish Mackerel.  Live shrimp and spoons for Jacks, and pretty much any smaller bait or lure to target Blue Runners. Tommy at Sebastian Inlet Bait and Tackle tells us he has even seen a few Margates and Flounder anglers have caught in the last few days.  Best bet is West of the bridge to reel in Flounder.  For the Margates use frozen or live shrimp, and they’ll be mainly off the jetties or under the bridge catwalks.  Go see Tommy and he’ll get you set up with all the bait you’ll need and give you an update on the latest action."

🎣 White's Tackle Fishing Report 8-12-2020 🐟 Stuart Florida "Good morning everyone. We’ve got reasonably calm conditions thru the weekend, so hopefully you can get out there. Fishing for Redfish in the Indian River has been quite good lately. Sight fishing has been difficult due to water conditions, but those fishing live bait and soft plastics have had good fishing. There have also been quite a few Snook around as well to keep things lively. Surf fishing for Snook, Spanish Mackerel, Jack Crevalle, and Tarpon has been good as well, with calm conditions and bait around as well. Spoons, swimbaits, and jigs have all been productive. Tides will also get better for morning and evening action as the week goes on, right now late morning and afternoon seem to be the best. Snook fishing in the inlets continue to be good during closed season, and there’s been some Tarpon on outgoing evening tides. Offshore, trolling has been really quiet lately, but Mangrove Snapper fishing has been decent on cut bait, despite some dirtier than normal water conditions. Good luck out there, and stay safe." 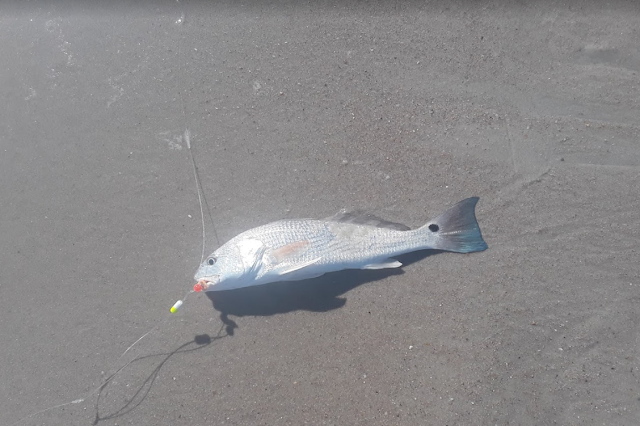 🎣 Jacksonville Fishing Report 🐟 Mangrove Madness "Capt. Jeff Wansor said he's catching a lot of keeper mangroves along the ICW. Mud minnows have been the primo bait. Wansor said he's finding pods of reds along the edge of the ditch, which he is catching with finger mullet during the lower-water parts of the tide cycle. The approach is also yielding a nice bycatch. "We're getting a lot of trout. Not a lot of numbers but some decent fish," he said. Wansor said the rain has taken a toll on the water clarity and salinity, and he said the bite in some of the creeks has slowed a bit.  John Eggers said an upside to the rain has been a drop in water temperature. He said the red fish and flounder bite has been OK, while the sea trout bite has been good on drop offs between 10 and 15 feet of water. I received another round of promising bull red reports from the St. Johns River this week, so you've got a Plan B for big fish if you're nearshore plans crumble. Fish cut crab in 40 feet of water and wait for the bite. And please use enough tackle to fight the fish quickly and take care of them once you've landed them."

🎣 South Florida Weekly Fishing Report 🐟 August 13, 2020 "The snook and tarpon fishing as been good at the Lake Worth Inlet and the nearby bridges and beaches. Flair Hawk jigs and bigger swimbaits are working great at night, while during the day downsizing your presentation to something like a Vudu Shrimp or a Hyperplastic Dartspin should work well. Big jack crevalle have been spotted cruising around the surf zone and the Lake Worth Inlet. Throw a big piece of metal like a Shimano Coltsniper jig or a big topwater lure to get into them. Little by little, a few early season mullet have been showing up, which is an exciting sign for inshore guys because it means the bulk of them are not far behind. Spinner and blacktip sharks have been jumping along the edges of the flats and channels in the Intracoastal Waterway near the Boynton Inlet."

🎣 Daytona Beach Fishing Report 🐟 Big redfish invading inlet areas "The area is seeing the first signs of the fall mullet run and when there are mullet running, big fish are not far behind. SURF, PIERS: Gene Lytwyn at The Fishin’ Hole said there is one primary catch in these waters. “The surf is still mostly whiting,” he said. “Catch them with pompano rigs, baited with shrimp, sand fleas or Fishbites. Quite a few small sharks are being caught. More tarpon activity is being noticed now that some more mullet are present.” And there’s this report from Flagler County from Capt. Mike Vickers Jr. (hammockbaitandtackle.com): “The Flagler Beach Pier this weekend saw a hot mangrove snapper bite at the end of the pier,” he said. “We also got reports of whiting, jacks, flounder, drum and pompano. The surf in Flagler has been alive with whiting, sharks, pompano and the surprise of a few permit. The surf rounds out with black drum redfish and trout.” 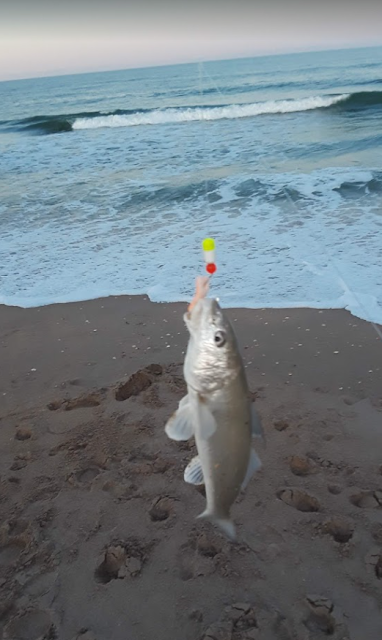 🎣 Juno Bait Weekend Fishing Outlook 🐟 (8/14-8/16/2020) "SURF/PIER Surf fishing, by summer time standards, has been very good this week.  The snook have been cruising the beach in good numbers, along with a few tarpon and big jacks.  Low light periods remain the best for the snook, though high sun can provide good sight fishing opportunities.   For those looking for good action; the croakers, sandperch, and even a pompano or two are biting pieces of shrimp on a bottom rig.  Fair scattering of summertime Spanish Mackerel around; though not in the same numbers we saw over the past week or two.  The Juno Beach Pier snook bite has been a bit off this week, so look for better chances along the beach or in the inlets."

🎣 August 14 fishing report from Byron Stout 🐟 "Fishing’s been a little quiet, given the recent exodus of 16,000-plus anglers to the Keys for lobster season, with frequent summer thunderstorms piling on. But the catching has been good for those who’ve gone. Offshore trips for red grouper have been pretty good, with catches starting in about 65 feet and improving as you go seaward. Snook, tarpon and redfish like it hot, so no complaints from them. None from Lake Trafford’s crappie anglers, either. We’re talking limits of specks."