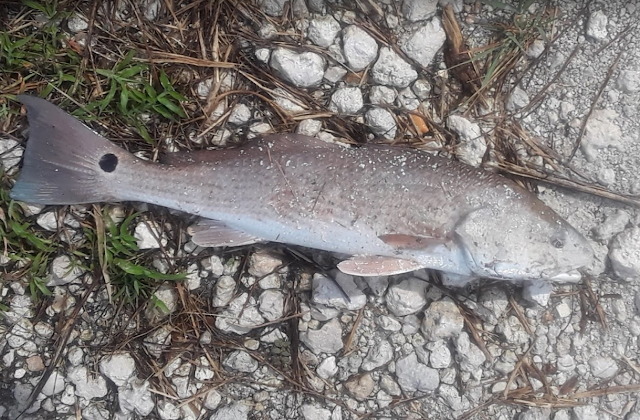 🎣 Sebastian Inlet District Week of August 24: Mangrove Snapper and Snook Season Countdown 🐟  "Mangrove Snapper are around to be had all day long.  They’ll hit on live shrimp and you’ll find them throughout the inlet system so try your hand at fishing from different spots.  There have been some Jacks and Spanish Mackerel coming over the rails on the jetties.  Jacks will hit on live shrimp and spoons, and break out your little spoons, jigs and Gotcha lures to target the Spanish Mackerel. We hear it seems to be better on the outgoing tide and Tommy recommends trying earlier or later in the day as your best bet"

🎣 White's Tackle Fishing Report 8-24-2020 🐟 Stuart Florida "Offshore over the weekend the dolphin bite was good with a few fish around in 80 to 100ft with a few scattered sails mixed in live bait produced the best. The kingfish bite was steady on the reef with a few nice fish in the 30lb range with a few scattered wahoo around on the reef to. The next few days looks like the wind will stick around hopefully it will calm down near the end of the week. Inshore the redfish bite has been good the to the north live mullet and top waters have produced well. The snook bite has been good around the bridges and the inlet with jigs and live bait remember its catch and release till September 1st. It should be a good season. The trout bite has been steady with a few fish around the powerplant soft baits have produce well." 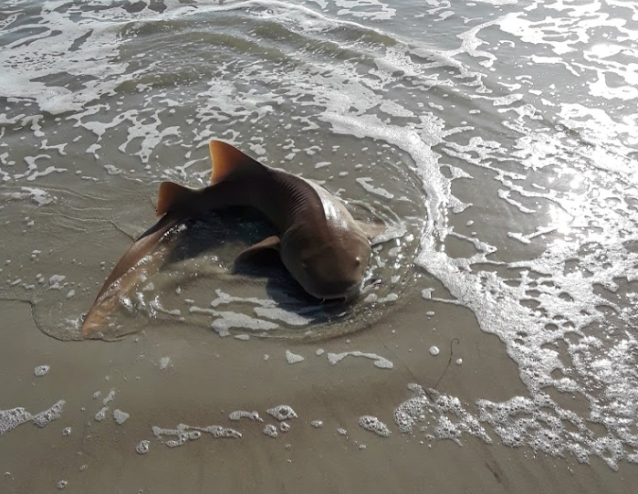 🎣 White's Tackle Fishing Report 8-26-2020 🐟 Stuart Florida  "Conditions are improving, with diminishing winds and wave heights soon to make surf and offshore fishing more productive. Prior to the wind and waves offshore fishing was pretty solid, with good numbers of Kingfish caught in 80′ of water, with some Wahoo, Sailfish, and Dolphin thrown in as well, all in close at 80′ . The surf is still pretty dirty, with some sea weed thrown in for good measure, but calmer conditions to come should clean it up quickly. Before the winds there were good numbers of Snook, Tarpon, Spanish Mackerel, and other species were up and down the beaches, which should show up again, especially if the much anticipated mullet run begins. The inlets continue to produce Snook, but live bait has been more productive, and Mangrove Snapper have been caught on Pilchards in the Fort Pierce Inlet and nearby bridges as well. The Indian River is still fairly dirty overall, but decent numbers of Seatrout are being caught in some of the cleaner areas closer to the inlets on soft plastics, and Snook and baby Tarpon fishing in the early AM has still been productive as well."

🎣 Juno Bait Weekend Fishing Outlook 🐟 (8/28-8/30/2020) "SURF/PIER-  Rougher weather earlier in the week had the Juno Beach Pier fishing fired up pretty good.  With the conditions right snook were biting jigs and swimbaits in the surf good.  The Spanish Mackerel have also been around in good numbers at the pier.  Crappie Jigs and small swimming plugs are a great choice for the macs.  Heard some good reports this week of croakers showing back up around the pier.  Snook season is right around the corner...as usual the pier will be a good spot to start the search for a keeper.  Scattered reports of some mullet schools north of Jupiter...won't be long now before we start seeing some good numbers of mullet on the beach.  A few scattered pompano reports this week.  A little early for the pompano, but a east wind always seems to push a few in." 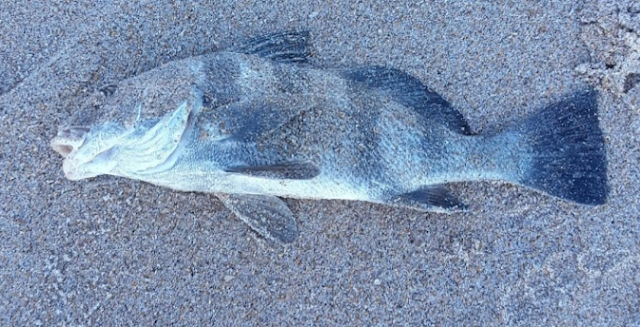 🎣 Daytona Beach Fishing Report 🐟 Burly bull redfish take over inlet waters "Anglers are catching burly redfish around the inlets, plus legal-sized snook here and there. Snook season opens Monday. Surf Piers Gene Lytwyn at The Fishin’ Hole said surf fishing has picked up dramatically over the last week. “Surf and pier fishing has remained good with nice catches of whiting,” he said. “Tarpon, sharks and jacks have been seen chasing bait in the surf. A few sea trout, black drum and redfish have been caught on the piers.” Capt. Mike Vickers Jr. (hammockbaitandtackle.com) had this to add about fishing in Flagler. “The Flagler Beach Pier was hot until the wind and current picked up over the weekend,” he said. “The bite was whiting, pompano and black drum. As the winds die down this pattern should continue. The surf in Flagler County is still producing a strong whiting bite even with the wind, and the sharks do not mind it at all with several over 5-feet being caught. The surf rounds out with reds, drum, pompano, flounder, tarpon, and a few sheepshead around the rocks in the Hammock Beach area thru Marineland.”

🎣 FLORIDA TODAY fishing 🐟 Snook season opens Sept. 1   "The Space Coast should see good weather for all types of fishing. Snook are everywhere, but will probably hard to find Sept. 1 when harvest opens." 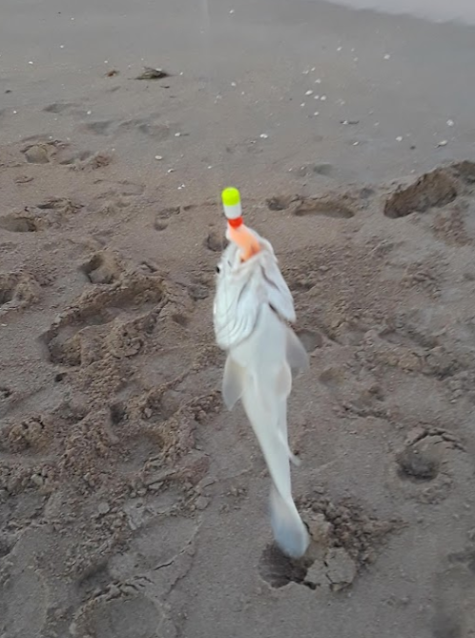 🎣 August 28 fishing report from Byron Stout 🐟  "Fishing activity has been pretty quiet, especially offshore, given the threat of hurricanes. But back bay anglers who have gone out have been coming home with some pretty big smiles. Redfish have been coming out of the woodwork, and snook are biting in double-digit numbers, and poundage. Looking for fish fry fixin’s? Think about rounding up some bluegill, or even a couple of peacock bass. It can’t get too hot for peacocks to bite. LAKE OKEECHOBEE: Roland Martin Marina and Resort manager Ramon Iglesias reports bass biting really well along Observation Shoal and on the “walls” outside Clewiston. The largemouths are hunkered inside the grass lines, where a Big EZ or Speed Worm in junebug or black-and-blue , or a white frog or Spook is the ticket early. A 6-inch stick worm like a Gambler Fat Ace or Senko in the same dark colors, including watermelon red, is the way to go the rest of the day. For those fish fry fixin’s, there’s the possibility of a limit of bluegills, or unlimited exotic cichlids for anglers working the Shoal with Beetlespins, crickets or red worms."

CU On The Beach!