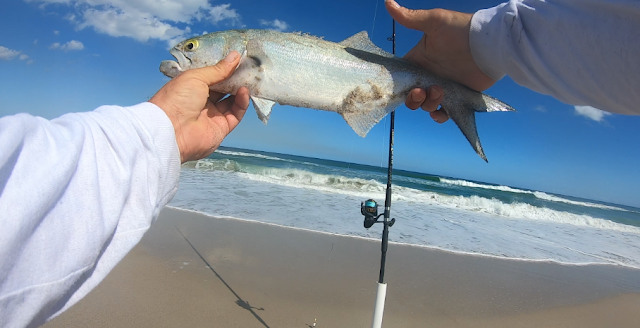 🎣 White's Tackle Fishing Report 6-15-2020 🐟 Stuart Florida "Offshore over the weekend was a little slow with a few dolphin and sails scattered in 80 to 120ft live bait has produced the best. There where a few nice wahoo around first light in 120 to 160ft to the south. The king fish bite was slow with some fish around in 60 to 80ft hopefully the water cleans up and the fish will move back into the beach. Inshore the trout bite was good around round island with a few redfish mixed . The inlet and bridges have had a few nice snook around on live bait. The tarpon bite has been good around the power plant to Walton rocks with a few snook mixed in find the bait and you will find the fish. We just got some new color Xtratuf boots in Blue, Black, White in ladies we have Seafoam and Blue with neon pink so stop on in and check them out."

🎣 Sebastian Inlet District Week of June 15 🐟 Mangrove Snapper, Red Drum, Bluefish and Spanish Mackerel "Despite the usual afternoon thunderstorms we see over the summer, the weather this past week was better and looks to be more of the same this week.  Hot but sunny days with some isolated showers here and there.  So for all you anglers, find some time to go drop a line... The action has been decent, not great, with some mixed reports.  Mangrove Snapper have been hitting on live shrimp and fisherman out on the North Jetty have been bringing in Red Drum, Bluefish, Blue Runners and Spanish Mackerel.  We’ve heard reports of Snook biting too, but remember they are out of season and catch and releasee only until September 1." 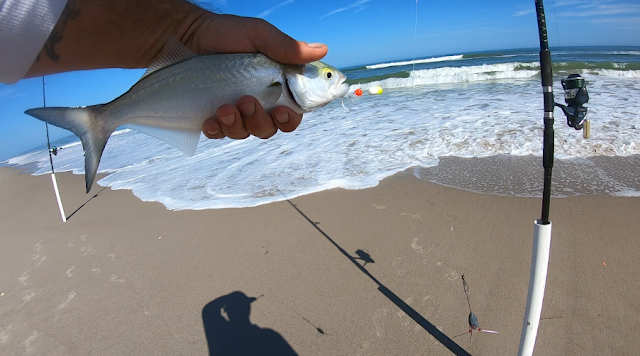 🎣 White's Tackle Fishing Report 6-17-2020 🐟 Stuart Florida "We’ve got a bit nicer conditions for a bit, so hopefully you can take advantage. In the Indian River, the early morning Seatrout bite has been good, with topwater plugs such as Zara Spooks or Rapala Skitterwalks working well early, along with soft plastics as the sun gets higher. There have also been a fair amount of Redfish mixed in. The surf has improved, with much of the seaweed having been deposited onshore, and with lighter winds producing calmer conditions. Snook, Ladyfish, Spanish Mackerel, Tarpon, and the occasional Kingfish are working the bait schools up and down the Treasure Coast. Hogy Paddle Tails, spoons, suspending plugs, and jigs are all working. The inlets are producing Snook at night, but remember that the season is closed. Offshore, there have been decent numbers of smaller Kingfish caught, as well as some larger Wahoo in close as well."

🎣 South Florida Weekly Fishing Report 🐟 June 18, 2020 Along the beaches in the Jensen area there is an excellent bite for whiting and croaker. Bloodworm Fishbites or frozen shrimp in the first trough will produce the best results. There are also still some pompano around. Again bring the bigger rods to get baits including sandflea Fishbites and live sandfleas out a ways as they are staying a bit farther off the beach. There has been a nice tarpon bite inside the Lake Worth Inlet the past week. Using live bait in the early mornings and late afternoons has been producing good results. Anglers fishing off the jetties at the Boynton Inlet are catching mangrove snapper, grunts, snook, tarpon and jack crevalle using live shrimp, live sardines and cut finger mullet. Working the beaches around the inlet using cut shrimp has produced catches of small permit, whiting and croaker. Along the flats in the Intracoastal Waterway near the Boynton Inlet small permit up to eight pounds are hitting jigs tipped with shrimp during the first two hours of the incoming tides. At the Lantana Bridge anglers are catching sheepshead on cut clams and live crabs. Sand perch, small jack crevalle and mangrove snapper have been hitting live shrimp and peeled frozen shrimp fished on the bottom."

🎣 Fishing Report: Daytona Beach bottom fishing booming 🐟 "Surf/Piers: Gene Lytwyn at The Fishin’ Hole said the catch is easing up along the beach. “Surf fishing has slowed up a bit,” he said. “Mostly whiting, small sharks and spots are being caught. Stick with the traditional pompano rig baited with shrimp, sand fleas or Fishbites.” Capt. Mike Vickers Jr. (hammockbaitandtackle.com) offered this report from Flagler. “The surf has been producing with scattered reports of pompano mixed with some redfish, black drum and whiting,” Vickers said. “The Flagler Beach Pier is open with a limited capacity and limited hours, with catches of flounder, black drum and kingfish.” 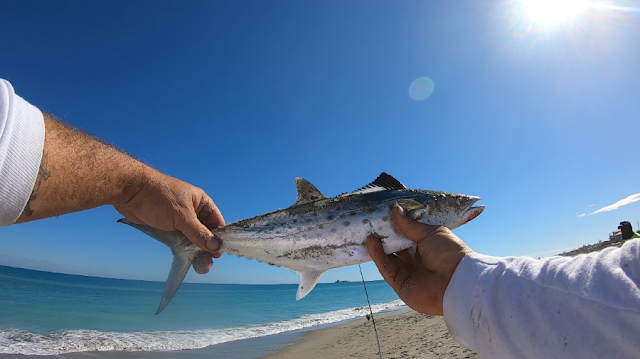 🎣 FLORIDA TODAY fishing report 🐟 Father's Day weekend fishing should be pretty good "Surf: There have been plenty of croaker and whiting caught, which many people prefer for a fish fry. Whiting reubens, if you never had one, are awesome. There have also been schools of glass minnows, or anchovies, in the trough. Everything that swims have been tearing them up from tarpon to jacks to blue runners to Spanish mackerel and bluefish. Cast small silver spoons or diamond jigs to get bites."

🎣 Juno Bait Weekend Fishing Outlook 🐟 (6/19-6/21/2020) "SURF/PIER:  The past few days has saw  the water from Jupiter Inlet south looking pretty dirty and brown (Lots of fresh water in it).  Water to the north of Jupiter Inlet has looked better and the fish have noticed.  While the Juno Beach Pier has still been producing some Spanish Mackerel, jacks, and fair amount of snook.  The bulk of the action has moved up to the north.  Jupiter Island and Hobe Sound  beaches have had a lot of very large glass minnow schools, and lots of predators close behind.  Bonita, jacks, snook, tarpon, and even a few random late season bluefish have all been in the minnow schools up to the north.  A small flashy jig or spoon, small swimbait, or swimming plug are all good choices for fishing around the minnow schools.  Pompano reports slowed this week, but sounds like a handful of them are still being caught up to the north."

🎣 June 19 Fishing Report from Byron Stout 🐟  "Wahoo, mutton and red snappers, blackfin tuna, and big groupers are among the best offshore catches ever reported here. Which is not to say inshore fishing is anything less than great. LAKE OKEECHOBEE: Roland Martin's Marina Capt. Mark King reports bass biting "pretty good" in the lake's rising waters, up almost a foot, to 12.19 feet above sea level, as the Kissimmee River (85 percent of inflows) and other tributaries run off." 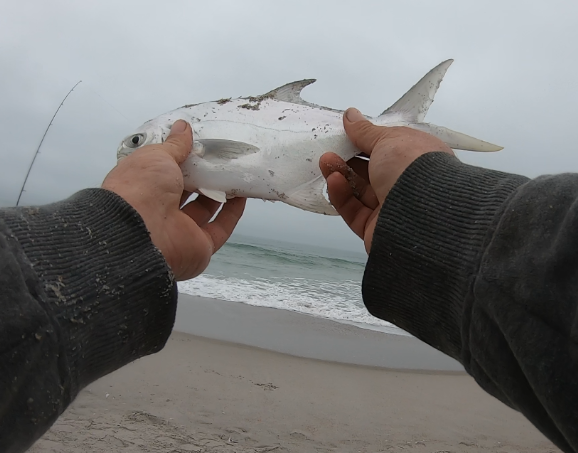