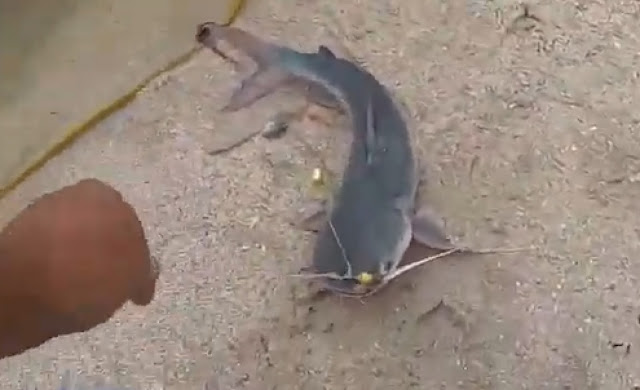 🎣 Sebastian Inlet District Fishing Report 🐟 Week of June 1: Bring on the Summer Fishing!  "Fishing has been better off the North Jetty, but don’t pass up the alternatives at Sebastian Inlet State Park for a productive day. Try the South Jetty, the catwalks and the T-dock. Use your clams and sandfleas for targeting Pompano.  Cut finger mullet or silver spoons work best for Bluefish.  Same with Spanish Mackerel, but they’ll hit on Gotcha lures too.  Use shrimp and sandfleas for your Sheepshead and Mangrove Snapper seem to prefer the live shrimp.  Snook season is officially closed, so remember to use the appropriate catch and release techniques to preserve our fisheries for future generations."

🎣 Captain Greg's Fishing Report for June 2020 🐟 Port Canaveral, Cape Canaveral, Cocoa Beach, and Orlando. We are so overdue for a stretch of calm seas that statistically it has to happen, so I am going to bank on it. Calm sea conditions equal big time fishing opportunity up and down Cocoa Beach, along Port Canaveral channel and North of the Canaveral shoal. Bait fish such as threadfins, scaly minnows and hopefully pogies show up and are easy to spot on calm days. Calm seas also allow the water clarity to get right. Clean water and bait equals fantastic live bait trolling for smoker king mackerel, big tarpon, bonito, barracuda, jack crevalle, sharks and the occasional cobia. This is easy summertime fishing so start your day early and go home happy by the heat of the day. Goliath grouper fishing is really good along the channel, close wrecks,  terminals and channel markers so get the biggest bait you can find dead or alive and let it soak." 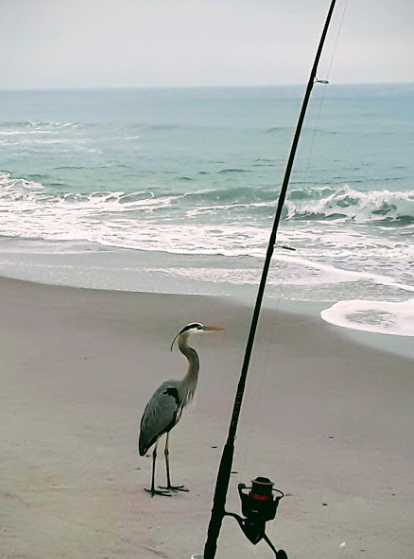 🎣 White's Tackle Fishing Report 6-3-2020 🐟 Stuart Florida "Good morning folks. Looks like we’re socked in to an ugly weather pattern this week unfortunately. Offshore has been fairly rough, so not a lot to report there except for some scattered Dolphin and a decent Kingfish bite in 60 feet of water. The inlets have been productive for Snook, and the dirtier water that will likely result from this rain won’t hurt. Surf fishing is pretty tough right now due to big waves, dirty conditions, and seaweed. With the runoff from all this rain, sight fishing in the Indian River is unlikely, however the flow from relief canals, spillways, and culverts will certainly draw plenty of Snook, baby Tarpon, and others to them, making for some great fishing. Jigs, DOA CALS, Live Target swimbaits, and plugs will all get results. Best of luck, and hope you get a weather window to enjoy some outside time."

🎣 Canaveral National Seashore 🐟 will be moving forward with a phased re-opening of some areas of the beach access areas to include parking lots and boardwalks and restroom facilities beginning June 5, 2020, 12:00 PM - 8:00 PM. 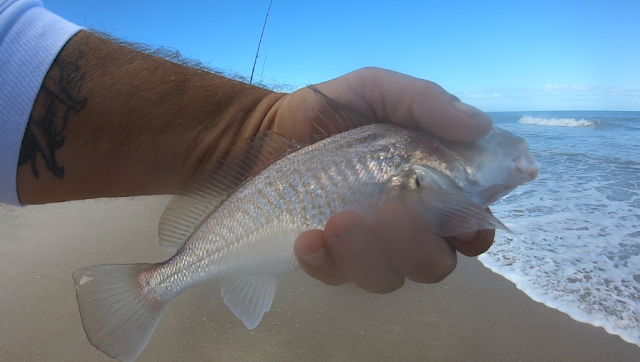 🎣 South Florida Weekly Fishing Report 🐟 June 4, 2020 "Inshore fishing: Along the beaches in the Jensen area, there are still good numbers of croaker and some whiting in the first trough. A double-hook rig using either Bloodworm Fishbites or pieces of shrimp will get the job. Those croaker you may catch are also excellent bait for catching and releasing the snook that are cruising and hunting in the first trough. In addition to croaker, the snook are being caught using spoons, which can resemble the glass minnows that have recently shown up along the beaches in the area. Anglers working the flats in the Indian River near Bear Point and Middle Cove are catching good numbers of snook. They are being taken using D.O.A. Shrimp and D.O.A. Cal lures. Along the beaches in the Boynton area surf anglers have been catching permit, jack crevalle and tarpon in the early mornings and again around dusk. The permit, some of which have been up to 35 pounds, are being caught using bucktail jigs and Chasebait Smash Crabs. The jacks and tarpon are being caught throwing two- to four-ounce Crocodile Spoons as well as top water plugs including Zara Spooks in blue and silver. At the Boynton Inlet anglers are reporting catching croaker, sheepshead, mangrove snapper and snook."

🎣 Indian River Lagoon Coast Fishing Forecast 🐟 June 2020 Indian River Tom Van Horn "Hot summer days in Central Florida are brutal, so wise anglers and the fish will take advantage of the cool nights, early morning and late evening hours to feed and stock their prey. So, adjust your routine in June, July, and August, by fishing at night, during the predawn hours, and in the late afternoon after work and reap the rewards of the summertime fishing bonanza. Look for the tarpon and shark numbers to increase along the beach, and let us not forget about the schools of large jack carvalle and the tripletail as both fisheries are cranking up. Remember, snook season closes this week, so let’s give them a chance to relax a bit."

🎣 DeWitt column 🐟 Family fishing ain’t for the faint of heart "For those who may be blissfully ignorant of such matters, there are basically two types of fishing: serious fishing and family fishing. Serious fishing occurs when a devoted angler ventures out into the wild alone, with no distractions, with only one quest in mind: to catch fish. It’s man vs. nature in an almost spiritual battle. It’s just you and the fish. And maybe a few crickets and reds. Wondrous, magical things can happen while a sportsman is engaged in serious fishing. If he keeps quiet and still, Mother Earth will come alive around him. The breeze will blow, deer will bravely sip at the water’s edge, birds will sing Psalms to him, and the fish will leap into the air and bite topwater. The serious angler will soon find himself fighting gigantic fish after fish, the fish of his dreams, each one an adventure worth writing about. To be short, serious fishing is fun and truly fulfilling on many levels. And then there is family fishing. If serious fishing is like the Sabbath in a sacred temple, then family fishing is like a Sunday on Omaha Beach during the early waves of the D-Day invasion of Normandy." 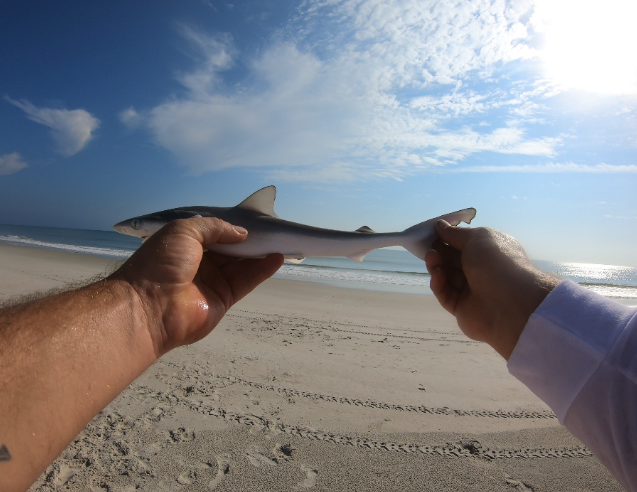 🎣 Juno Bait Weekend Fishing Outlook (6/5-6/7/2020) 🐟 "SURF/PIER-  Still a surprisingly good bite from some late season pompano over the past week.  Sandfleas and Fishbites remain the bait of choice for the pompano.  Look for the early morning and late afternoon to be best.  Spanish Mackerel are still being caught at the Juno Beach Pier, with white crappie jigs being the lure of choice for them.  Catch and release snook fishing remains very good at the Juno Beach Pier and in the Inlets."

🎣 June 5 fishing report from Byron Stout 🐟 "Snook, redfish, trout, and tarpon have been biting in the briny, and bass and bluegill have been holding up the freshwater end of catches. A great bonus has been water clarity uniformly reported as crystal clear, ideal for sight fishing. LAKE OKEECHOBEE: Roland Martin Marina Capt. Jose Betancourt reports good bass action from Cochran's Pass on Observation Shoal, counterclockwise around the lake to Ritta Island, starting early with topwater baits along outside grass lines, and switching to stick worms or critter baits thrown into the grass as the morning warms. In the heat of the day, the best bet is throwing crankbaits around rock piles in the deeper water of the Rim Canal. Brad Lytle of Roland Martin's Marine Center, also in Clewiston, reports Spook or frog topwater good early, with Senkos and Speed Worms in watermelon red or junebug colors, or soft swimbaits like Big EZs or Skinny Dippers in Houdini, copperfield or lane toad colors have been hot. For bluegills, crickets, red worms, or Beetlespin lures have been doing the job off Clewiston on the West Wall and around Ritta, or on the north end in the Tin House Cove area."