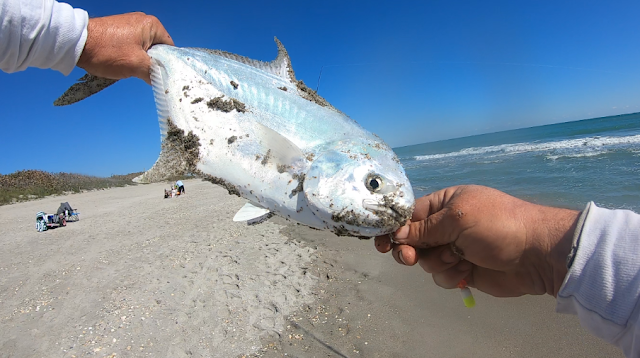 The Most Consistent Florida Fishing Reports for Surf Fishing, Freshwater, and Offshore we have found this year.

🎣 White's Tackle Fishing Report 🐟 2-27-2020 "Good Morning, Offshore over the weekend the tuna fishing was good with a few nice dolphin mixed in live bait and dead bait both produced well. The kingfish bite has been good in 60 to 80ft with a few nice fish around over 45lbs. The cobia bite has been steady in 60 to 80ft on the bottom with a few snapper mixed in to. Inshore the west wind and clean water slowed the snook bite down hopefully the wind will come around to the north the next few days. The trout and reds have been around Vero shores to the Mornings find the grass and you will find the fish. The snapper bite has been good on the channel edges ."

🎣 White's Tackle Fishing Report 🐟 2-29-2020 "Good morning everyone, hope your getting out on the water. While the Pompano numbers have fallen off, Snook numbers along the beach continue to go up, with some solid fish being caught here and there, with DOA CAL jigs, Hogy paddle tails, and Mirrodines all producing. There are also a good number of Bluefish and Spanish Mackerel around, so be prepared to loose some gear unless you go to a wire leader. The Bluefish and Spanish have been quite happy to take spoons and jigs as well, and even some topwater plugs at times. Fishing in the IRL has remained good, with good water quality pretty easy to find. Seatrout and Redfish have been on the flats in solid numbers, and some larger Snook are still around as well. Live Pilchards have been a safe bet as usual, but plenty of fish falling for soft plastics as well. Fort Pierce Inlet has improved for Snook in the last few days as the water has clouded up a bit due to the west winds, both jigs and live bait working well. Offshore, the Kingfish bite south has been exceptional in 60′ to 80′ of water, mostly on greenies. Snapper fishing has also been quite good, and Grouper season opens May 1st. Good luck out there, and be safe."

🎣 South Florida Weekly Fishing Report 🐟 April 30, 2020 "Inshore Fishing: Along the beaches in the Jensen Beach area, there has been good action for Pompano, Whiting, and Croaker. The Pompano are mostly being caught using sandflea flavored Fishbites and the Whiting and Croaker are being caught in the first trough on frozen shrimp." 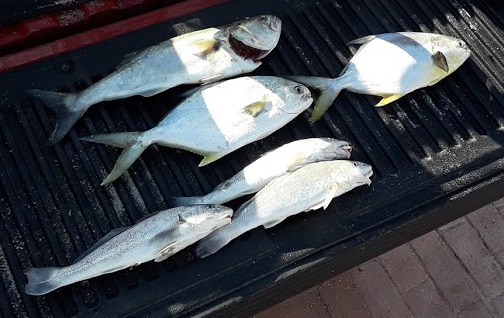 🎣 Fishing Report 🐟 Daytona Beach News Journal Catching them here, there and everywhere "SURF, PIERS: “There’s pompano still in the surf,” said Roy Mattson (royssurffishing.com). “The best time to catch them is at low tide. And there is whiting out there, too.” Mattson said anglers on the Sunglow Pier are catching sheepshead in addition to pompano and whiting.” Capt. Mike Vickers Jr. (hammockbaitandtackle.com) said Flagler surfcasters are being rewarded with a steady run of pompano, whiting and bluefish. “Next to the Flagler Pier, I witnessed sheepshead being caught on a steady basis,” he added. The pier proper is closed because of the coronavirus."

🎣 Jacksonville Fishing Report 🐟 New visitors have arrived "In this week’s Jacksonville Fishing Report, local anglers report catching cobia, tuna, and dolphin offshore and redfish, trout and sheepshead near Mayport. Ols friends returned to Mayport over the weekend. Pogie pods are everywhere off the beach, and big schools of big jack crevalle are terrorizing them. Kingfish are cruising the nearshore wrecks. Manta rays have crossed the Duval County line, and they’re even holding a few brown fish. Pompano are in the surf, although they’re not nearly as plentiful as the sting rays, catfish and other warm-water undesirables that make fishing with stinky dead bait during the summer a downright chore."

🎣 ST AUGUSTINE FISHING REPORT 🐟 Still waiting for kings, mahi "Surf fishing has been good if you can find an outgoing tide that coincides with the silly beach regulations. The weird thing is way more pompano are being caught than whiting. The pompano are stretched out from Ormond Beach to Fernandina Beach. A commercial guy caught 35 pompano and one whiting at Little Talbot Wednesday." 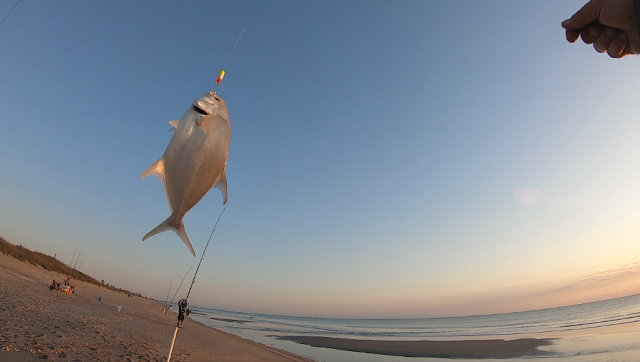 🎣 FLORIDA TODAY fishing report 🐟 Grouper season is open May 1 while tuna fishing stays strong "It's time to break out the bottom fishing gear and try to tag a gag grouper, or red. Plus, spearfishers can start stoning hogfish, too. Florida Today. May 1 is finally here — or did it get here quickly since we were locked in? Either way, it's time to break out the heavy duty bottom fishing gear and recall the best deep ledges marked on the fish finder or well-worn chart. Surf Fishing: The pompano run may well be in the rear view mirror, but there is still plenty of fun to be had at the beach. Big jacks up to 30 pounds can be caught by surf casters heaving large topwater plugs and spoons. Spanish mackerel, bluefish and small sharks are also going to pile on to some of these offerings."

🎣 Juno Bait Fishing Report 🐟 Weekend Fishing Outlook (5/1-5/3/2020)  "SURF/PIER: Surf reports up to the north have been very good.  Pompano fishing has been very good, with some nice size fish in the mix  Sandfleas, clams, and FishBItes have all been working well for the pompano.  Croakers and whiting have been biting good on small pieces of shrimp.  Some nice schools of jacks cruising around to test your tackle.  Snook are starting to show up a little bit on the beach.  Some tarpon cruising the beach as well."