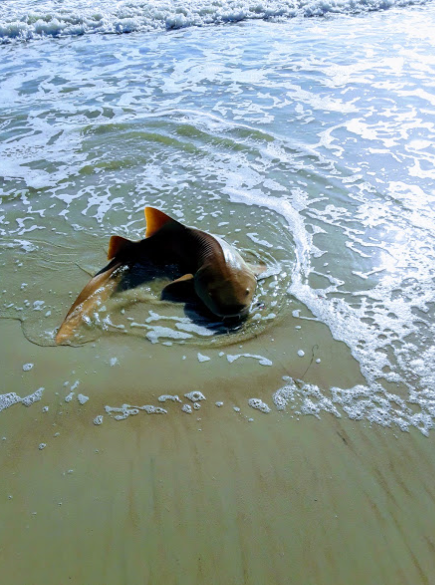 🎣 White's Tackle Fishing Report 5-27-2020 🐟 Stuart Florida "Fishing over the weekend was obviously challenging due to the weather, but there have been some bright spots. There are still plenty of fish in the Indian River, and while sight fishing may get a bit tougher due to runoff, the activity around culverts and the relief canals has already concentrated some fish, mostly Snook and baby Tarpon. DOA CALs, Hogy Paddle Tails, and plugs have all accounted for good catches when they’re flowing. Seatrout continue to be active, and with the overcast conditions have been taking topwater plugs later in the day than usual. Surf fishing has been rough and weedy, but the weed started to dissipate this morning and the water is starting to clear, so fishing should improve shortly. Look for Snook and Spanish Mackerel to return to the beaches as soon as the water clears a bit more. Spoons, plugs, and soft plastic paddle tails should provide plenty of activity. Offshore has been fairly silent with the tough weather, but there have been Dolphin intermittently , The inlets and bridges continue to produce Snook, with this week being the last chance for a keeper for a while. Tarpon are starting to show up early and late in the inlet as well. Good luck out there."

🎣 Daytona Beach Shores’ Sunglow Pier enjoys fishing monopoly 🐟 "While Flagler remains shuttered, 25 miles to the south Sunglow is teeming with customers. “People are wanting to get out and about,” Zona said. “People want to get out in the fresh air and sunshine. We have been quite busy.” Sunglow, which is home to Crabby Joe’s restaurant, opens at 7 a.m. and there are generally a handful of anglers ready to rush the gate. The pier closes at 9 p.m. It costs $7 to fish from Sunglow, which is privately owned by Blickman Properties Inc. “But that’s all day,” Zona said. “People will come up, go fishing, leave to go swimming or walk on the beach then come back and fish some more.” Zona said anglers are self-distancing from each other. The majority of fishermen don’t wear masks. Newsom said the Flagler Pier opens again it likely won’t require anglers to wear masks “because of the wind.” But the pier remains closed until further notice."

🎣 FISHING REPORT 🐟 ICW slow: Local reefs worse "The Atlantic: The county pier is open for business again. Catches there seem to be the summer tale over the past few years of a dearth of decent whiting and plenty of rays, baby sharks,and tiny drum. The pompano bite is north of us now. We are getting a thin run of under-slot pomps, but that will end soon enough. I wasn’t able to find any reports from the local reefs and wrecks. That’s probably due to both the weather and the lack of bait out there — hence the lack of predators." 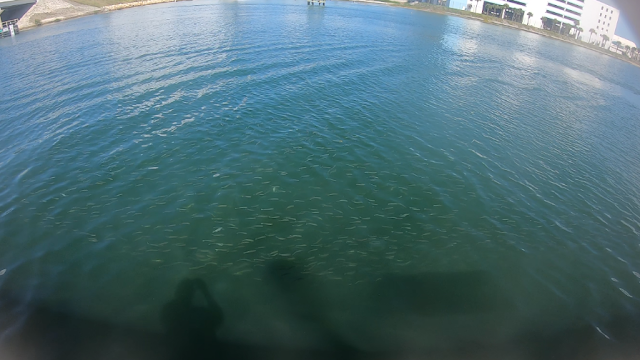 🎣 Jacksonville Fishing Report 🐟 Mediocrity in Mayport "in this week’s Jacksonville Fishing Report, conditions have been far from ideal, but anglers are still catching redfish inshore and kingfish at the nearshore wrecks. I’ll stop short of saying the fishing stunk this week - after all, plenty of people caught fish - but the bite has been a little disappointing. After weeks of red hot fishing at the nearshore wrecks, it sounds like the bite has gotten stale. There’s still a decent kingfish bite out there, although bait scarcity and wind have been impediments. Capt. Kris Kell said he’s jigging up live bait on some of the wrecks with sabiki rigs, and those baits produced a good bite of kings when the weather finally let the mosquito fleet fish offshore on Sunday. My buddy William “Big Boy” Goodling didn’t bother finding live bait and had the kings fired up on good ol’ fashioned ballyhoo. When the wind was blowing too hard to fish offshore, Kell said the redfish bite at the jetties was good. If you can’t find finger mullet, he said shrimp on a jighead - or even frozen cigar minnows - works fine in a pitch."

🎣 Juno Bait Fishing Report 🐟 Weekend Fishing Outlook (5/29-5/31/2020)
SURF/PIER: The Juno Beach Pier has had pretty solid snook action this week.  The snook have been biting live baits, dead sardines on bottom, as well as swimbaits early in the morning.  Spanish Mackerel action has also been good at the pier, with white crappie jigs being the best lure choice.  Still a fair number of late season pompano around, especially as you travel a little farther north." 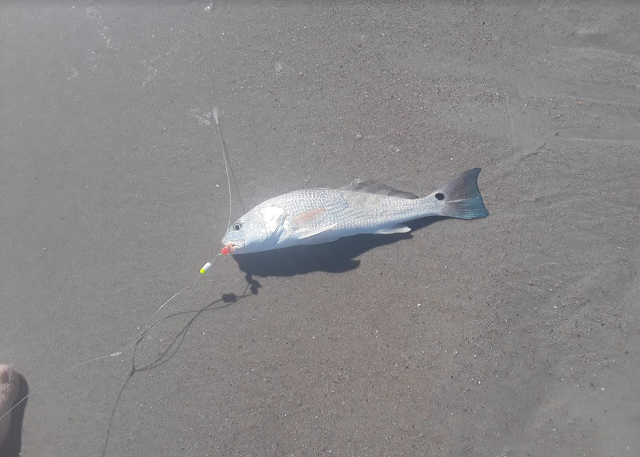 🎣 May 29 fishing report from Byron Stout 🐟  The weekend outlook for anglers could hardly be better, with light winds, strong tides, and excellent solunar periods predicted for fishing. "LAKE OKEECHOBEE: Brad Lytle of Roland Martin Marine Center in Clewiston reports good bluegill fishing with crickets and Beetlespin lures, although the fish have moved into deeper water between bedding sessions. Fishing outside of the vegetation lines starting at Tin House Cove on the northwestern shore, and circling counter-clockwise along Observation Shoal around to the West Wall and Ritta Island has been most productive. Bass have been lurking in the areas where bluegills have been most productive, with dog-walking topwater baits and frogs hot in early morning, and Senkos and Speed Worms in watermelon and junebug better as the sun gets up. Swimbaits by Gambler (Big EZ Lane Toads) and Reaction Innovations (Houdini Skinny Dippers) also have been hot when rigged with 1/8-ounce belly hooks."