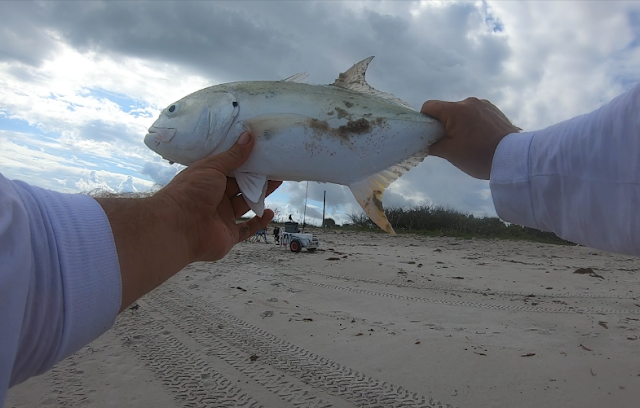 🎣 White's Tackle Fishing Report 5-4-2020 🐟 Stuart Florida "Good Morning, Offshore yesterday there was a few good dolphin mixed with a few sails around. The grouper bite was ok over the weekend if you could deal with the ripping current. The kingfish bite has slowed down there is a few nice fish around live bait has worked the best for the big guys. The snapper bite on the beach has been good with some nice muttons and mangroves . Inshore the snook bite has been good on the flats and the bridges with live bait with a few reds around to. The trout bite to the north was good around first light and as the sun is going down late in the after noon. The snapper bite has been good around the bridges to on white baits."

🎣 White's Tackle Fishing Report 5-6-2020 🐟 Stuart Florida   "The beaches have been active with Spanish Mackerel and Bluefish, as well as more and more Snook. Spoons and metals are producing most of the Spanish and Bluefish, while soft plastics, bucktail jigs, and plugs are accounting for most of the Snook. Just off the beaches, schools of large Jack Crevalle as well as some Tarpon have been working the schools of mullet and greenies that have been mostly 300 to 400 yards off the beach. The Jack Crevalle will take a variety of things, including topwater plugs, and the Tarpon have been taking Hogy Paddle Tails. Snook fishing in the inlets has been average, with flare jigs and live bait doing most of the business. Offshore, Dolphin fishing has been pretty good out around 300′ of water, and the Kingfish bite in 70′ to 80′ of water has been good as well. For the bottom fishing anglers, the Snapper bite in 60′ of water has been very good as well." 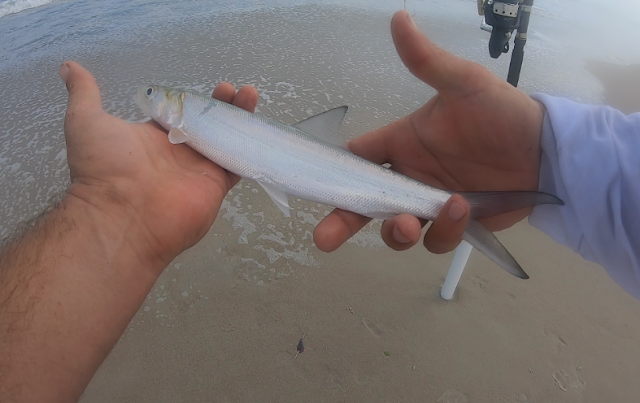 🎣 South Florida Weekly Fishing Report 🐟 May 7, 2020 Palm Beach Post "Inshore fishing: The jetties at the St. Lucie Inlet has had a good bite for redfish the past week using crabs and shrimp. They are also being caught at the area bridges along with flounder. Like redfish, flounder are being taken using crabs and shrimp. Along the St. Lucie Inlet jetties, and out onto the nearby beaches, there has been good action on snook. They are being taken mostly on live pilchards. The season is open until June 1. There are also tarpon along the beaches. Both the snook and tarpon are being caught in the first trough where they are chasing the large amounts of bait that are currently in the area. Also in the first trough, whiting and croaker are being caught on the beaches using sandflea- and bloodworm-flavored Fishbites."

🎣 FISHING REPORT 🐟 Bait shops busier than ever St Augustine "The local reefs and wrecks are holding bait, predominantly cigar minnows. The kingfish began to show up late last week, but have been smallish. The fish up in Mayport are larger. But it should be Katie-bar-the door in another week or so for the mackerel bite. The cobia fishing has slowed considerably, most of the fish moving north. There are plenty of pogies on the beach, more north of the inlet than south. Schools of giant jack crevalle up to 35 pounds are marauding up and down the beach. If you hook one on anything but heavy tackle, pack a lunch. And a few of the guides said they saw their first tarpon of the season busting up the pogy pods this week. Surf fishing has been slow. It’s understandable that the Spring pompano run is petering out here as they migrate north. But I can’t understand where the whiting are which for us is nowhere. It’s worse than I’ve ever seen."

🎣 Juno Bait Fishing Report 🐟 Weekend Fishing Outlook (5/8-5/10/2020)   "SURF/PIER-  Still not much access on the beach locally, but up the coast surf fishing has been good.  Solid pompano bite starting at Hutchison Island and north over the past week.  Sandfleas, clams, and FishBites will be the best bait for the pomps.  Some big jacks cruising the beach this week.  Good number of tarpon moving north over the past week.  Should be about time for the early season snook to start showing up along the beach as well."

🎣 May 8 fishing report from Byron Stout 🐟  "A nice stretch of gentle breezes was just what Southwest Florida anglers needed for pent-up fishing urges, and COVID-19 cabin fever.
Offshore anglers had some heydays on deep wrecks, with yellowtail snappers and more filling fix boxes, when they could get them away from thieving amberjacks. Inshore anglers have been busy exercising tarpon, snook, redfish, and trout. Lake Trafford's crappie continued to bite in limit numbers, and Lake Okeechobee's bluegill and bass also have been on a tear."

🎣 Daytona Beach News Journal Fishing Report 🐟 Offshore rules the week again   "From the Atlantic to the St. Johns, tight lines rule the day. The area is attempting to return to some sense of normalcy. As it does, the fish up and down the coast are starting to bite again. SURF, PIERS: Capt. Mike Vickers Jr. (hammockbaitandtackle.com) said the fishing has been better this past week with beaches opening back up. “We are hearing about pompano, whiting, bluefish and some black drum in the surf being caught on fresh dead shrimp, sandfleas and finger mullet.” 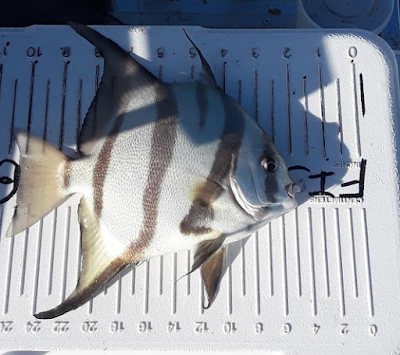